COVID-19: Can Directors’ and Shareholders’ Meetings Be Held Remotely in Belgium? (K&L Gates)

With the spread of COVID-19, governments and companies everywhere are faced with hitherto unseen challenges. Measures are being taken everywhere to contain the pandemic and to discourage gatherings of people. At this point, gatherings of people are limited to the strict minimum and it is likely that a complete lockdown will be imposed for the next weeks or even months. Belgian companies having their general assembly coming up in the next months might want to take their precautions now and consider their options to avoid physical meetings.

Below, we have outlined some of the alternatives, challenges, and possible solutions.

1. REMOTE PARTICIPATION TO THE SHAREHOLDERS’ MEETING

The Belgian Companies and Associations Code (hereinafter, the “Code”) offers shareholders, bondholders, and any other titleholders of companies the possibility to participate remotely in a general assembly by means of electronic communication, on the condition that:

In case of technical difficulties or incidents during the meeting, such matters should be noted in the meeting minutes.

The Code equally allows for shareholders to cast their vote electronically or by correspondence in advance of the general assembly on the condition that the articles of association allow this possibility. If the vote is cast electronically, the chosen means of electronic communication must allow for a verification of the shareholders’ identity and capacity.

Votes that have been cast in advance remain valid in circumstances where the general assembly is postponed, provided that the reconvened general assembly has the same agenda items and as long the votes have not been revoked by the shareholders before the following general assembly .

Note, however, that the members of the bureau, the company’s directors, and the statutory auditor are not allowed to participate remotely in the shareholders’ meeting according to the Code. This can, however, be remedied by waiver letters for the directors and the statutory auditor and by forgoing the appointment of a bureau. It seems recommendable, however, that at least one person, presiding the bureau, and possibly a second person, appointed as a scrutineer, are physically present at the place where the meeting should be held according to the articles of association so that proxies, votes cast in advance, etc. can be gathered and verified at this place. Ideally, some technical assistance would also be provided for.

2. WRITTEN DECISIONS OF THE SHAREHOLDERS

With the exception of decisions that need to be made by an authentic notarial deed, the Code allows for the shareholders to make decisions in writing on the condition that such decisions are made unanimously. The written procedure does not require the usual convocation formalities. In order to organize a written decision process, it is essential to be able to consult with the shareholders beforehand in order to ascertain if unanimity could be reached. In practice, especially for large companies, prior (remote) discussions will have to be planned before a decision is drafted that is subsequently circulated to all shareholders for approval and signing.

The company’s directors, the statutory auditor, and bondholders (or other titleholders) can consult the content of such written decisions on their request.

These requirements are not imposed by law and can be abrogated by an amendment of the articles of association.

4. WHAT ABOUT DECISIONS OF THE MANAGEMENT BODY?

Even though the Code is silent on the subject of board meetings by electronic means, nothing seems to prevent this possibility as long as the identity of the participants can be verified and the electronic means of choice allow all participants to actively take part in the meeting so that the collegial decision-making process is not impeded.

It is recommended that either the articles of association or the internal rules clearly describe the procedure to be followed for remote participation and, if applicable, voting at the board meeting.

The management body is equally allowed to make unanimous decisions in writing on the condition that the articles of association do not prohibit or limit a written decision-making process.

The general assembly needs to be held within six months of the closure of the financial year.

For nonlisted companies, shareholders should be invited to the general assembly at least 15 calendar days before the day of the meeting. This happens through mail or e-mail (if the latter is statutorily allowed) in the case of nominative shares and through an announcement in the Belgian official journal, a nationally distributed paper, and on the company website, if one exists, in the case of dematerialized shares.

For listed companies, shareholders should be invited to the general assembly at least 30 calendar days before the meeting through an announcement in the Belgian official journal, a nationally distributed paper, in media which can reasonably expected to reach the relevant public, and on the company website, if one exists.

If, in the case of remote participation, the invitations to the general assembly include detailed instructions on the procedure to be followed, the company’s articles of association should provide for this possibility by the day the invitations are sent at the latest.

If an amendment of the articles of association is required, the same convocation period should be planned for the assembly deciding on the amendment. Taking into account that an amendment of the articles of association requires a presence quorum of at least 50% of the existing shares, a second convocation will be required where that the quorum has not been reached. The term, in the case of a second convocation, is 10 days for nonlisted companies and 17 days for listed companies.

In order to legally invite your shareholders to a remotely held general assembly, when the articles of association do not allow for this possibility , the following absolute minimum terms must be taken into account:

6. CAN WE POSTPONE THE GENERAL ASSEMBLY?

There are two ways the general assembly can be postponed:

Please note that in the first case, the initial general assembly will have to be held in order for the board to make a decision to postpone it. In the second case, the postponement of the general assembly will require another prior assembly,without a presence quorum, to which the shareholders should equally be invited according to the applicable legal provisions.

In the case of a postponed general assembly, the board should still ensure that the assembly is held within the legal deadline of six months after the closure of the financial year, failing which, all damages suffered by third parties are presumed to be caused by such delay, and the company’s directors can be held personally liable for such damages.

The alternatives described above offer some obvious practical and technical challenges.

First of all, remote general assemblies are currently still very uncommon, and legislation offers little to no guidance on how to organize remote meetings safely, how to cast votes, and how to deal with technical issues.

It is recommended that the articles of association contain a detailed description of at least the following elements:

From a practical point of view, at least one person should be physically present at the place the general assembly is held in order to open the meeting, receive votes cast in advance, and (conditional) proxies.

The current state of company legislation does not seem to offer the possibility for companies to oblige its shareholders, bondholders, or other titleholders to participate remotely in the meeting. Accordingly, we believe that participants should, in normal circumstances, still have the possibility to physically participate in and be given access to the company’s general assembly if they wish, even if it is acceptable to ask that they communicate their intentions to either participate in the assembly remotely or in person. However, with the current measures that are being taken to combat COVID-19, the obligation for participants to participate in the shareholders’ meeting remotely, at least for now, seems to have found a temporary legal/regulatory basis. 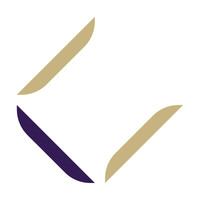