The case at hand (still pending with respect to its substance), concerns a dispute between, on the one hand, the Belgian football club of Seraing (RFC Seraing) and the investment fund Doyen Sports Investment Limited (Doyen Sports), and, on the other hand, FIFA, UEFA and URBSFA (the Belgian football association). RFC Seraing and Doyen Sports contested the validity of sanctions imposed against them by the football associations for violations of FIFA and UEFA rules prohibiting Third-Party Ownership (TPO)[1]. RFC Seraing and Doyen Sports had brought their action before Belgian domestic courts arguing that the arbitration clauses contained in the FIFA/UEFA statutes[2] (and which, in principle, compelled them to refer their dispute against FIFA and UEFA to arbitration) did not comply with the requirement, under Belgian law, that such clauses must relate to a “defined legal relationship” and should delimitate the scope of the potential dispute arising between the parties (Article 1681 and 1682 of the Belgian Code on Civil Procedure). More specifically, RFC Seraing and Doyen Sports argued that – despite the existence, in RFS Seraing’s bylaws, of a clause explicitly showing RFC Seraing’s commitment to follow FIFA and UEFA’s statutes – the arbitration clauses at stake were of a general nature and did not, contrary to the requirement under Articles 1681 and 1682 of the Belgian Code on Civil Procedure, relate to “a defined legal relationship” but merely referred to any kind of dispute arising between them, irrespective of the object of the dispute.

FIFA and UEFA on the other hand argued that the arbitration clauses at stake were sufficiently specific since (i) they only applied to cases arising out of the activities and corporate purpose of FIFA/UEFA; and (ii) they only applied to sport litigation (since the bylaws of the CAS limit the jurisdiction of the latter to sport-related disputes).

The Court of Appeal rejected all of FIFA and UEFA’s arguments and refused to refer the case to arbitration.

First, the Court of Appeal recalled that the requirement, under Belgian law, according to which an arbitration clause must refer to a “defined legal relationship” is based on (i) the right of access to justice; (ii) the parties’ agreement (i.e., make sure that parties are not forced to arbitrate disputes that they never intended to refer to arbitration); and (iii) the need to avoid that a party with strong bargaining power imposes its will on the weaker party.

Second, the Court of Appeal found that the fact that the arbitration clauses at issue only relate to matters falling under the activities and corporate purpose of FIFA/UEFA did not define the legal relationship in a sufficient manner.

Third, the fact that the bylaws of the CAS provide that the latter only has jurisdiction in sport-related disputes was not relevant since the CAS can always amend its own bylaws in the future.

Finally, having found that the arbitration clauses contained in the FIFA/UEFA statutes were inapplicable (and since FIFA and UEFA are both domiciled in Switzerland), the Court of Appeal applied Article 6.1 of the Convention on jurisdiction and the recognition and enforcement of judgments in civil and commercial matters (the Lugano Convention)[3] to conclude that the Belgian courts had jurisdiction to hear this dispute.

Article 6.1 of the Lugano Convention provides that, in cases involving numerous defendants, all defendants can be sued in the State where any one of them is domiciled, provided that the claims against them are so closely connected that it is expedient to hear them together to avoid irreconcilable judgements.

The Court of Appeal applied that provision to the case at hand and found (i) that the URBSFA was domiciled in Belgium; (ii) RFC Seraing was also domiciled in Belgium; (iii) the URBSFA was the Belgian football governing body and a member of FIFA; and (iv) FIFA and URBSFA share regulatory and disciplinary powers. In light of all those elements, the Court of Appeal found that there was a sufficient degree of connection between the claims, which justified the jurisdiction of the Belgian courts to hear the case. Belgian courts will now hear the substantive aspects of this case.

[1] Third-Party Ownership is a practice whereby a physical or legal person (who is not a football club but usually an investment fund or an agent), invests in the economic rights of a professional football player. Such practice allows this investor to receive a share of the value of any future transfer on that player. Given the potentially harmful effects on football, FIFA and UEFA have issued regulatory decisions banning TPO.

[2] Article 59 of the FIFA statutes reads as follows:

“1. The confederations, member associations and leagues shall agree to recognise CAS as an independent judicial authority and to ensure that their members, affiliated players and officials comply with the decisions passed by CAS. The same obligation shall apply to intermediaries and licensed match agents.

Article 61 of the UEFA Statutes reads as follows:

“The CAS shall have exclusive jurisdiction, to the exclusion of any ordinary court or any other court of arbitration, to deal with the following disputes in its capacity as an ordinary court of arbitration: a) disputes between UEFA and associations, leagues, clubs, players or officials; b) disputes of European dimension between associations, leagues, clubs, players or officials.“

[3] The Lugano Convention aims at extending the EU Brussels I Regulation’s regime on jurisdiction and the recognition and enforcement of judgments in civil and commercial matters within the EU to Iceland, Norway and Switzerland. 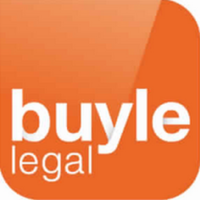 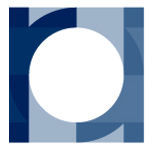 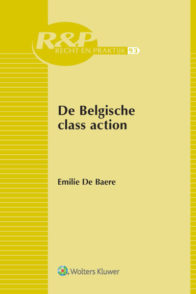