cayman (ˈkeɪ mən) n., pl. -mans any of several tropical American crocodilians of the genus Caiman and allied genera
– tax: a type of tax, esp. one perceived by those subject to it as highly complex, unduly intrusive and/or difficult to avoid.

With about 800 codes, a Belgian income tax return is not for the faint-hearted. When the Cayman tax is involved, even more attention is needed.

This week we explore low-taxed legal structures outside the EEA!

Companies, associations, institutions and any other entities with separate legal personality that are either not subject to income tax or subject to an income tax that is lower than 15%, are within the scope of the Cayman tax (“type b) entities”).

All entities established outside the EEA can be subject to the Cayman tax, but a Royal Decree includes a non-exhaustive list of specific entities that are presumed to be targeted.

The Royal Decree also defines the undertakings for collective investments and hybrid entities established outside the EEA that are presumed to be in the scope of the Cayman tax. Read all about these entities in our following newsletters.

The 15%-threshold is assessed on a Belgian taxable basis. This means that the entity’s taxable income is first calculated in line with the Belgian income tax rules.

The taxable basis of foreign companies is calculated on the basis of the Belgian corporate income tax rules. Generally, all profits are to be included in the taxable basis. Costs are in principle deductible. Dividends and capital gains can be excluded from the taxable basis if the requirements for the participation exemption are met, i.e.:

The taxable basis of e.g. foundations is assessed in line with the Belgian tax for legal entities. Interests and dividends are among the items to be included in the taxable basis.

If the entity pays less than 15% of this (Belgian) taxable basis in the jurisdiction of establishment, the entity is targeted by the Cayman tax. The assessment is to be made on an annual basis.

As explained in our previous newsletters, Belgian residents who are the founder and / or beneficiary of a targeted entity are subject to the Cayman tax.

Check the definition of founders and beneficiaries here.

Whereas in a congregation of caymans, it is every creature for itself, the Cayman tax has the courtesy to provide predefined (if Byzantine) precepts for calm coexistence.

Since 2013, Belgian residents who are founders and / or beneficiaries of type b) entities, must declare the existence of the targeted entity, as well as additional information about it, in their annual income tax return. For beneficiaries this obligation is limited to the income years in which they actually receive a distribution from the entity.

Founders have been subject to the Cayman tax’ transparency measure since 2015 (“look-through-tax”). On the basis of the look-through-tax, the entity’s legal personality is disregarded. The founder is taxable on the entity’s income as if he or she received the income directly.

The look-through-tax is not applicable to income that is distributed in the same income year it has been received.

Founders can avoid the look-through-tax where the targeted entity has sufficient economic substance in the jurisdiction of establishment. Read more about this exemption in one of our following newsletters.

Evidently, shareholders were already liable to Belgian income tax in respect of the dividends they received from foreign companies before the Cayman tax entered into force. Founders of other type b) entities have been subject to Belgian tax in respect of distributions since 2015, whereas this obligation was only introduced on 17 September 2017 for founders of a) type entities (click here to read more).

Since 2018, deemed distributions have been taxable in the hands of the founder. Deemed distributions are both the contribution of economic rights, shares or assets of type [a) and] b) entities as well as the transfer of type [a) and] b) entities to a state with which Belgium does not have an agreement on the exchange of information in tax matters.

Make an excursion to Tortola in your income tax return

Charles had travelled the world for many years and lived in several countries for his work when he finally settled down in charming Belgium to retire on 1 January 2018. In 2000 Charles had incorporated a BVI company. The company invested in other low-taxed companies.

In 2018 the company received several dividends from its participations for a total amount of 500. The income tax due in the BVI amounted to 10.

In order to assess whether or not he was dealing with a targeted entity for Cayman tax purposes, Charles calculated the (fictitious) Belgian taxable basis, taking into account the Belgian corporate income tax rules. As the company holds participations in other low-taxed companies, (at least) the subject-to-tax requirement will (presumably) not be met. This means that the participation exemption is not applicable and that the dividends are to be fully included in the (fictitious) Belgian taxable basis.

As the 15% threshold is not met, the BVI company is a targeted entity for Cayman tax purposes. Therefore, Charles not only reported the existence of the company in his income tax return regarding income year 2018, but also declared the dividend income, as if he had received the dividends directly. Charles paid the income tax due via the tax assessment.

In 2019, the company again received several dividends from its participations for an amount of 500, resulting in an income tax of 10 in the BVI.  Later in 2019, the targeted entity was liquidated, and all assets were distributed to Charles.

As the 2019 income was distributed in the same year it was received, the look-through-tax is not applicable. Charles therefore need only consider the reporting obligation and the tax on distributions in his income tax return regarding income year 2019.

The taxable part of the distribution consists of the income that has not yet been subject to its appropriate Belgian income tax regime (reserves up to and including 2017 as well as the 2019 income). The initial contribution (capital) and the 2018 income (subjected to the look-through-tax in 2018) are exempted.

It is easier for a blind person to tell a cayman from a crocodile than for a Belgian resident to spot a Cayman tax target. Hunting down the latter typically takes time. Belgian residents faced with a type b) entity established outside the EEA will need to perform a thorough investigation to determine whether or not they are dealing with a targeted entity and what the exact consequences are for their Belgian income tax return. Avoid crocodile tears and send out the search party in good time!

In the next editions of this series of newsletters, we will explore the cayman’s extended territory within the EEA.

On 3 June 2020 the Belgian Federal Tax Authorities announced that an administrative deferral of six months is granted for the reporting obligations under the DAC6 legislation. Additionally, on 4 June 2020 the Royal Decree specifying the penalties for the failure to comply with the DAC6 obligations, was also published....
Lire la suite 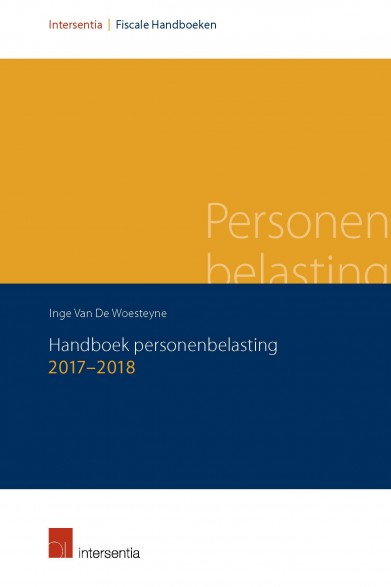